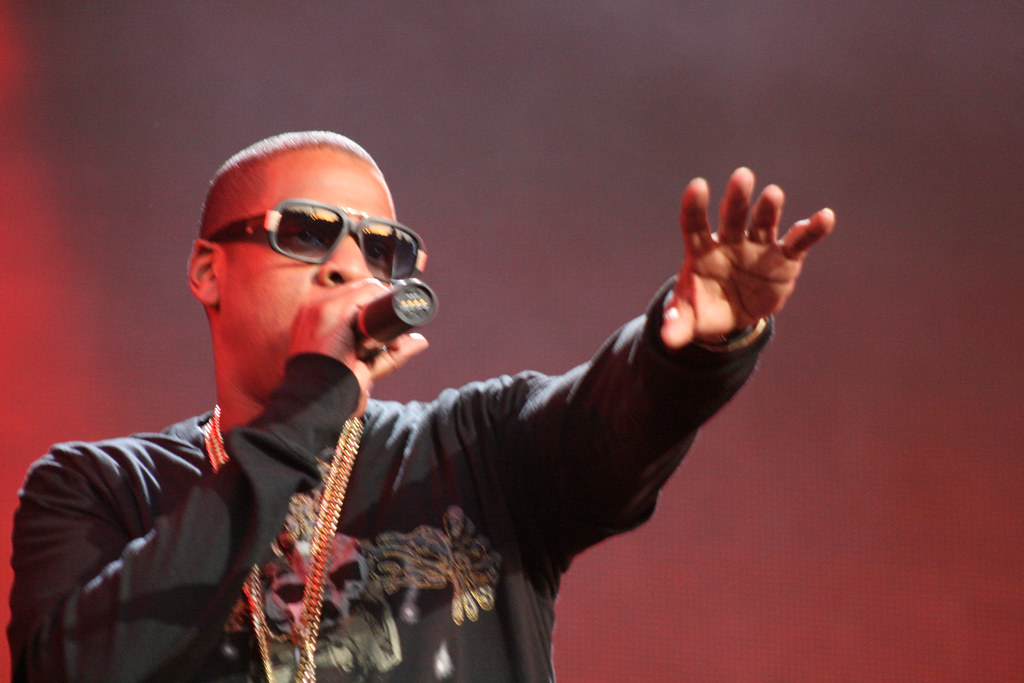 Jay-Z has grabbed more than his usual share of headlines this month due to a controversial pact with the NFL. The deal calls for the newly-minted billionaire‘s Roc Nation Sports to work with the league on social justice initiatives and entertainment programing, including the Super Bowl halftime show. Neither Jay-Z’s camp nor the NFL would comment on the agreement’s specifics, but $1 billion says he didn’t simply do it for the cash.

For Jay-Z, the motivation may have been about enacting change from within (though he perhaps underestimated the backlash over working with a league where Colin Kaepernick remains unemployed) or positioning himself to buy an NFL team someday (maybe not as soon as some have indicated). Either way, the move seems to be about getting a seat at the table—even if many may see him as a sellout—and just one step in a yet-to-be-completed process.

“I’m not the commissioner,” he quipped at a press conference with Roger Goodell earlier this month. “Yet.”

Jay-Z’s history suggests more of an interest in being an owner than serving as a figurehead, and he has always approached business as a chess game; sometimes, individual moves make much more sense in the context of the ones that follow. To better understand his endgame with the NFL, it’s worth examining his pact as a midrange move in a chess match with the sporting world that began in 2003, when he assembled arguably the best basketball team to never win a championship.

That squad was Team S. Carter, a group he put together with the goal of winning the Entertainers Basketball Classic, a tournament that takes place every summer at Harlem’s Rucker Park. He lured NBA stars like Kenyon Martin, Tracy McGrady and Jamal Crawford, enlisting LeBron James and Shaquille O’Neal as ringers for the final game that was eventually cancelled due to a blackout that swept across the eastern seaboard.

Jay-Z didn’t get paid for his efforts, which sometimes included personally calling players and arranging their transportation, but the EBC offered intangible value: It was a stepping stone toward more serious involvement with the sporting world.

“Jay is a ravenous sports fan and a consummate businessman, as well as one of the greatest rappers of all time, so it was like, ‘Hey, why not expand your horizons?’” says Fred “Fab 5 Freddy” Brathwaite, the hip-hop pioneer who filmed a never-released documentary on the 2003 Rucker Park tournament. “In retrospect, that is the beginning of his foray into sports.”

That same year, the idea of Jay-Z buying a piece of NBA’s Nets was reportedly first floated at a birthday party for Jason Kidd, then teammates with Jay-Z’s Rucker Park pal Kenyon Martin. After putting his cultural clout behind the Nets’ move from New Jersey to his native Brooklyn, Jay-Z turned a $1 million initial investment into $2.35 million—a gain of 135% in less than a decade—before dumping his stake to eliminate any conflict of interest while representing athletes through Roc Nation Sports.

Once the agency was established, Jay-Z pivoted his focus from basketball to baseball, partnering with CAA to negotiate a $240 million contract for Robinson Cano—the fourth-largest in major league history at the time. More recently, Roc Nation has scooped up NFL stars like Saquon Barkley and Todd Gurley, two of the league’s best running backs; football is clearly a priority.

Jay-Z’s new deal with the NFL further strengthens that bond, with grander possibilities coming into focus down the line. To be sure, Jay-Z is likely years away from being able to even consider buying an NFL team. Though he’s worth $1 billion, the cheapest franchise by our estimates is the Buffalo Bills at $1.6 billion, and that sort of purchase would require a higher degree of liquidity than Jay-Z appears to have.

But if he does make the boundary-breaking move of becoming an owner someday, his recent NFL deal could be seen as just one move in a chess match that began with the 2003 EBC. Regardless, one thing is certain: This pact can’t be fully evaluated without the benefit of context, both past and future.

“If he’s a billionaire now, imagine what he’s about to be,” his friend and frequent collaborator Swizz Beatz recently explained. “Because he’s only just starting.”

3 Tax Lessons from the Women’s World Cup: Athletes Are Also Entrepreneurs4 Ways to Save on Taxes When Selling Property