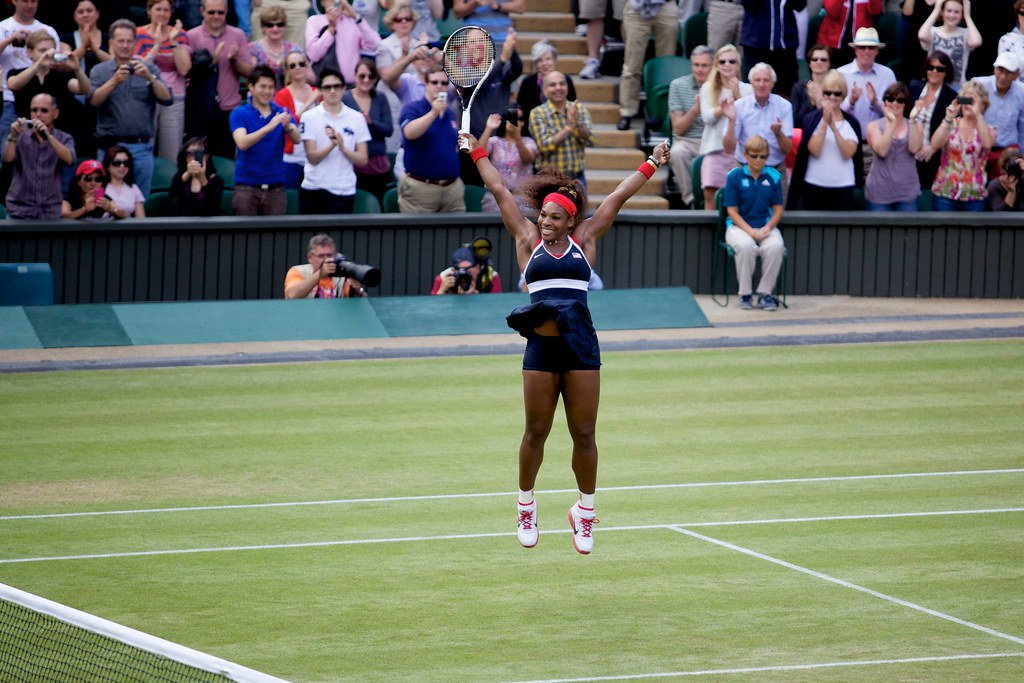 In Serena Williams’ calendar—which is to calendars what Jackson Pollock paintings are to art—Saturdays are designated family time. The Saturday I’m with her in Rome (she was in New York earlier in the week and will be in Paris the following one) carries extra significance. Exactly four years ago, in exactly that Eternal City, she met her husband, Alexis Ohanian, cofounder of online community Reddit.

The two celebrate, in part, with the kind of outing anyone who’s not the most famous woman athlete in the world takes for granted: a stroll in a hotel garden with their joint venture, 22-month-old Olympia, in tow. It’s more romantic than it sounds: The Rome Cavalieri goes so far as to call its 15-acre garden a “private park,” littered with marble and bronze, lions and unicorns.

The regal surroundings befit a historic figure of American sport, who has 23 Grand Slam titles and has blown away any number of barriers and stereotypes. And the unicorns? Between Reddit and his $500 million fund, Initialized Capital, Ohanian does his part. But it turns out that Williams has quietly been playing that game, too. She’s now the first athlete ever to hit Forbes’ annual list of the World’s Richest Self-Made Women, with an estimated fortune of $225 million, the vast majority of it having come via her brain and brand rather than her backhand. And over the past five years, she’s been quietly dropping money into 34 startups. In April, Williams formally announced that Serena Ventures is open for business, to fund others and launch companies herself.

Athletes are richer than ever, thanks to the explosion in TV rights fees for live sporting events, which trickle down to players. The 50 highest-paid athletes in the world made $2.6 billion last year, versus $1 billion 15 years ago. And Williams is hardly the first to put newfound disposable income to active work—in the NBA alone, LeBron James, Stephen Curry and Kevin Durant have all launched media companies, and Durant, Andre Iguodala and Carmelo Anthony are active venture capital investors. But she is one of the few specifically gearing investments around a single north star: herself.

Read the full story at : Forbes

How 50 Cent was reportedly spending $70,000 a month on his mansionHow Jay-Z Created His $1 Billion Fortune