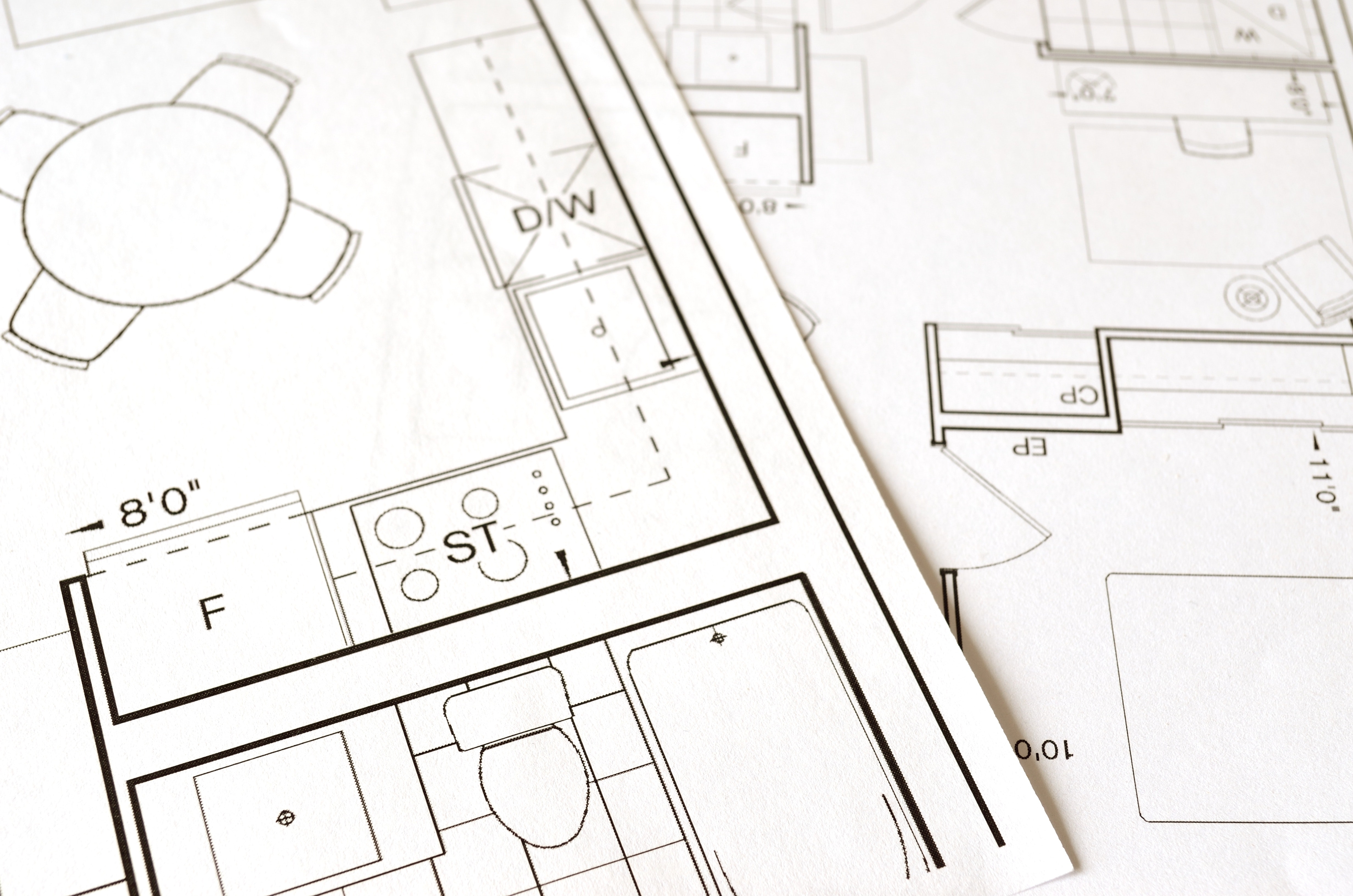 The tattered stretch of West Slauson Avenue just off Crenshaw Boulevard in Los Angeles isn’t the first place you’d expect to see a Cadillac Escalade roll up and deliver a Grammy-nominated musician. At the tiny strip mall on the south side of the street, storefronts include an off-brand taco joint, a Boost Mobile outlet and an accountant’s office advertising same-day tax refund advances up to $6,000.

This is where Nipsey Hussle decided to spend a recent Friday morning, and for good reason. His Marathon Clothing store, which peddles Crenshaw hoodies alongside his own music, occupies the corner of the L-shaped plaza. His history here goes back even further—in fact, it’s where he got his name.

“Before we was renting here, I was hustling in this parking lot,” says Nipsey, 33, born Ermias Asghedom. “It’s just always been a hub for local entrepreneurs.”

Change is coming to Crenshaw, and Nipsey is aiming to be on its bleeding edge: This month, Nipsey and business partner Dave Gross swooped in to pay “a couple million” for the plaza. Within 18 months or so, they’ll knock everything down and rebuild it as a six-story residential building atop a commercial plaza where a revamped Marathon store will be the anchor tenant.

In the meantime, a light rail line is rising to link Crenshaw—which, crucially, qualifies as a tax-advantaged Opportunity Zone—to Los Angeles International Airport and other key nodes of sprawling Southern California. The plaza will be among the first to benefit: There’s a brand-new train station under construction just steps away.

Nipsey may not be hip-hop’s biggest name, but he’s certainly among the genre’s most entrepreneurial. His slow-burn career started to catch fire six years ago when Nipsey offered 1,000 copies of his mixtape Crenshaw for $100 apiece—Jay-Z bought 100 copies—and rolled the profits into his label, All Money In. He released just 100 copies of a subsequent offering, Mailbox Money, with a price tag of $1,000.

“[Nipsey] was not trying to be independent just for the sake of it, but thinking about the benefits of being an independent artist,” says Chris Lyons, who has known Nipsey for several years and runs Andreessen Horowitz’s Cultural Leadership Fund, which counts Nas and Diddy as investors. “The most important thing is his ability to just see where future trends are going and not being afraid to pioneer.”

For Nipsey, the hustle started at home. He grew up down the road from the plaza, in what he calls “the worst house on the best block,” cutting grass and shining shoes to make extra cash as a kid before falling in with local gangs. Fortunately, his musical role models were entrepreneurs as well, offering a way out of a dead-end path.

Dr. Dre, from nearby Compton, built Death Row Records into one of the most influential labels in hip-hop history before eventually shifting focus to his namesake headphone line. Watching Dre from up close and moguls like Jay-Z and Diddy from afar gave Nipsey “the blueprint of what could be done with the platform of being a successful rap artist,” he says.

Nipsey started putting out mixtapes in 2005; on one of his early songs, Hussle In The House, he made sure to include a few financial lessons of his own. “Straight off the block, I sold dope to buy groceries,” he rapped. “Now it’s rap money, no advance, it’s all royalties.” Nipsey also prophetically flicked at his future Opportunity Zone gambit: “Pay taxes to these corners and put in work, it’s a policy.”

For his first music video, he wanted to do something that both represented his hometown and offered a path to earnings beyond music. Leafing through an old yearbook, he noticed a picture of local legend Darryl Strawberry in a vintage Crenshaw High School baseball jersey. Nipsey ordered a batch of throwback blue-and-yellow shirts with “Crenshaw” scripted across the front to wear in the shoot.

When the video ended up on MTV, scores of people started asking about “Crenshaw Clothing.” Nipsey had other ideas. A friend had given him a book called The 22 Immutable Laws Of Marketing, packed with Procter & Gamble case studies. As Nipsey ruminated on these lessons in the context of his own journey, the word “Marathon” came to him—it had more potential, he thought, than Crenshaw, a location most people couldn’t place on a map.

Nipsey flirted with major labels, signing with Epic but leaving in 2010—with his catalog intact—after a management change left his official debut album in limbo. While continuing his prolific mixtape output, he became obsessed with the notion of social currency, prompting the release of his $100 mixtape in 2013.

“I believe that economics is based on scarcity of markets,” he told Forbes at the time. “And it’s possible to monetize your art without compromising the integrity of it for commerce.”

Meanwhile, Nipsey continued to give away other mixtapes to satiate his fans, who in turn supported him by buying concert tickets and merchandise. He turned down new record deals because the labels all seemed to want a piece of his burgeoning broader business.

He didn’t need the cash, thanks to his ancillary income and his TuneCore catalog, which was earning him monthly royalty checks in the low six figures. After a couple of years, though, Nipsey had built up a good amount of leverage. He decided to cut a deal with Atlantic that enabled him to make Victory Lap, his official major label debut.

“It’s a partnership. … I shook hands and said I wouldn’t give full details, but we’re sharing everything: profit, masters,” he says. “I was holding out for a long time for these terms.”

Nominated for Best Rap Album at this year’s Grammy Awards, the record paired his rapidly improving socioeconomic status with a career-long message of fiscal responsibility. In one verse, he blustered about Benzes and Bentleys—and touted his trust accounts alongside the “million-dollar life insurance on my flesh.”

At the same time, Nipsey was looking for other ways to expand his empire. He met Gross, a private-equity and real-estate investor, courtside at a Lakers game several years ago. (“We started drinking tequila,” says Nipsey. “By the third quarter, we was more friendly.”) They bonded over Gross’s idea for an inner-city co-working space now known as Vector90.

They eventually teamed up to buy the plaza on West Slauson, currently zoned for buildings that max out at 40 units. Nipsey and Gross are aiming for 100 units, which requires a lengthy entitlement process, so they’ve been working with the city and local council members on the details—hence the long timeline. And they’re building smart.

Buried in the tax overhaul of 2017 is a provision to encourage investment in state-designated low-income enclaves known as Opportunity Zones. Under the law, investors can shift capital gains into institutions located in these areas, where the capital is taxed at a reduced rate; new opportunity investments can grow tax-free.

There are basically no limits on the amount of money that can be plowed into an Opportunity Zone or the amount of tax that can be avoided. Is it possible the program is excessively business-friendly? Not for its ambitious goals, backers say.

“The incentive needs to be powerful enough that it can unlock large amounts of capital, aggregate that capital into funds and force the funds to invest in distressed areas,” billionaire Sean Parker told Forbes last year. “Instead of having government hand out pools of taxpayer dollars, you have savvy investors directing money into projects they think will succeed.”

Parker was part of a diverse group of Opportunity Zone proponents that included Senators Tim Scott of South Carolina, a Republican, and Cory Booker of New Jersey, a Democrat. Like Parker, they argue that bold moves are necessary to fix entrenched ills: To qualify for the program, an area must have a median household income 80% less than nearby neighborhoods’ or a poverty rate of at least 20%.

Gross and Nipsey saw a perfect fit for Crenshaw.

“This is the quintessential Opportunity Zone investment,” says Gross. “The law is supposed to support ground-up entrepreneurship, giving opportunities and jobs to all communities and improving the neighborhood.”

The purchase of the plaza also marks the beginning of a coalition called Our Opportunity—led by Gross, with Nipsey as a founding partner—that will aim to team with local legends in 10 cities as part of a broader Opportunity Zone-based fund. From there, Nipsey envisions building a tax-advantaged lifestyle empire, all linking back to his music.

“The vision is to launch franchises,” says Nipsey, imagining a line of The Marathon Clothing stores, barbershops, fish markets, restaurants. “There’s such a narrative to this parking lot—that’s a part of my story as an artist.”

IRS Claims Aretha Franklin’s Estate Owes Millions in Back TaxesWhen Athletes Go From 0 to 60: Managing a Sudden Influx of Wealth