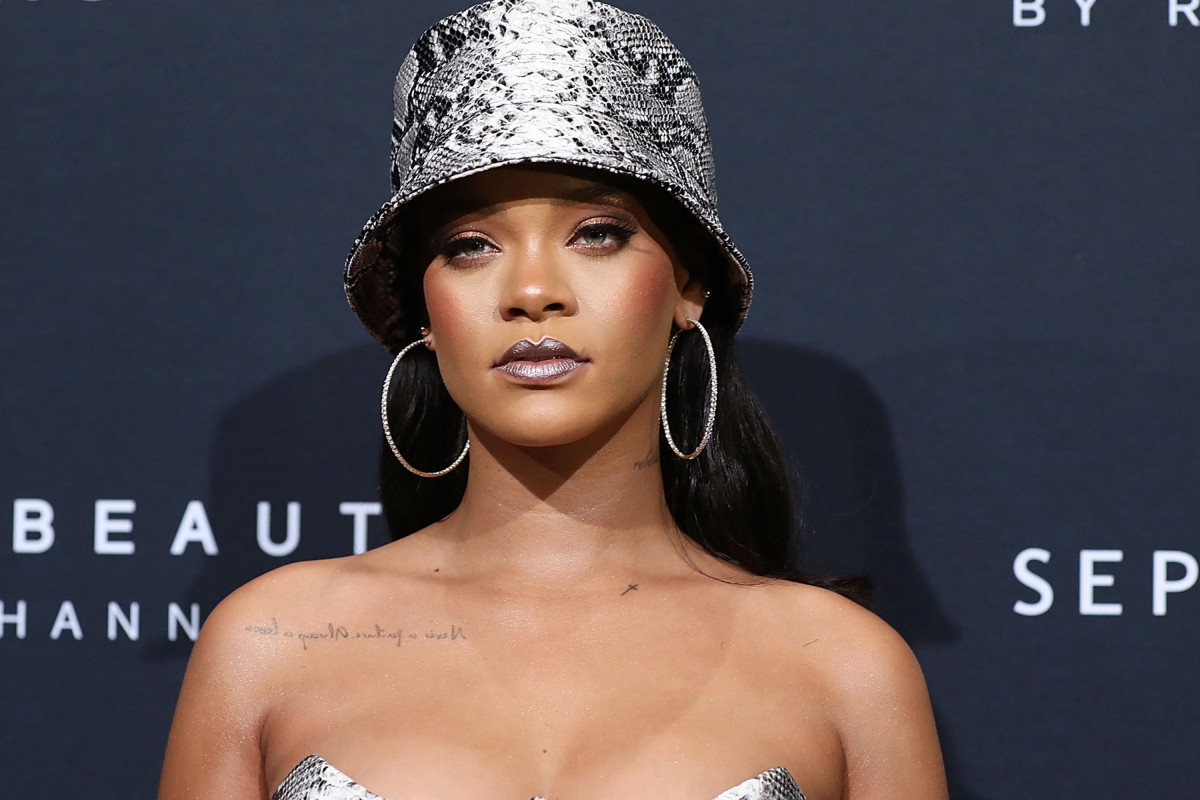 That’s the opening line of Rihanna’s 2016 dance hall anthem titled, appropriately, Work. It could also serve as her personal motto.

Famous first as a singer, Robyn Rihanna Fenty, 31, has since evolved into a style icon and makeup entrepreneur—and soon she’ll be the first black woman in charge of a major luxury fashion house. All those efforts add up to a $600 million fortune, making her the wealthiest female musician in the world, ahead of the likes of Madonna ($570 million), Céline Dion ($450 million) and Beyoncé ($400 million).

Most of that comes not from music but from her partnership with LVMH, the French luxury goods giant run by billionaire Bernard Arnault. Rihanna (pronounced “Ri-ann-ah,” not “Ri-ah-nah,” as she recently clarified) and LVMH co-own the makeup brand Fenty Beauty. It launched in September 2017 at Sephora, another LVMH brand, and online at FentyBeauty.com, quickly becoming a viral success. Fenty Beauty racked up a reported $100 million in sales in its first few weeks, propelled by Rihanna’s fame and 71 million Instagram followers.

The entire personal care industry in America has grown huge in recent years. According to Grand View Research, it could swell to more than $200 billion in sales by 2025, up from closer to $130 billion in 2016. The market saw a record 134 M&A deals last year, including P&G’s $250 million purchase of 10-year-old First Aid Beauty. Perhaps the most telling data point: 11 of the 80 women on Forbes‘ list of the Richest Self-Made Women made their money in beauty or skin care products. Many did what Rihanna did, turn to the low-cost marketing opportunity presented by social media. That works best for existing celebrities, as Kylie Jenner and her Kylie Cosmetics proved out, who can push their new products at their existing followers.

Fenty Beauty has differentiated itself in another way, releasing 40 shades of foundation, far more than the handful of hues sold by other brands. “It challenged the standard convention that you only needed a very defined set of shades to satisfy a market,” says Stephanie Wissink, a research analyst at Jefferies. “Not only did [Fenty Beauty] achieve meaningful sales, but it potentially changed the industry permanently.”

Sales continue to soar. Fenty Beauty generated an estimated $570 million in revenue last year, after only 15 months in business. The entire operation is worth, conservatively, more than $3 billion. Forbes estimates that LVMH owns an estimated 50% of it, while Rihanna has about 15%, a figure a spokesperson for the artist disputed but wouldn’t clarify further.

The Barbados native, who overcame hardships including an abusive addict father and a well-publicized assault by then-boyfriend Chris Brown in 2009, also co-owns the Savage X Fenty lingerie line with Los Angeles-based online fashion firm TechStyle Fashion Group and has millions in earnings from her career touring and releasing as a singer, which make up the rest of her fortune.

Her empire continues to grow. In May, LVMH and Rihanna announced Fenty, a new clothing house that will make high-end clothes, shoes, accessories and jewelry.

“They extended the offer to me and it was a no-brainer because LVMH is a machine,” Rihanna told The New York Times Style Magazine. “Bernard Arnault was so enthusiastic; he trusted me and my vision.”

The fashion line, which launched online in May, includes sizes up to U.S. 14, embodying the same inclusive ideal of Fenty Beauty. It will exist under the same umbrella as famous brands such as Dior and Givenchy, marking LVMH’s first new house in more than 30 years.