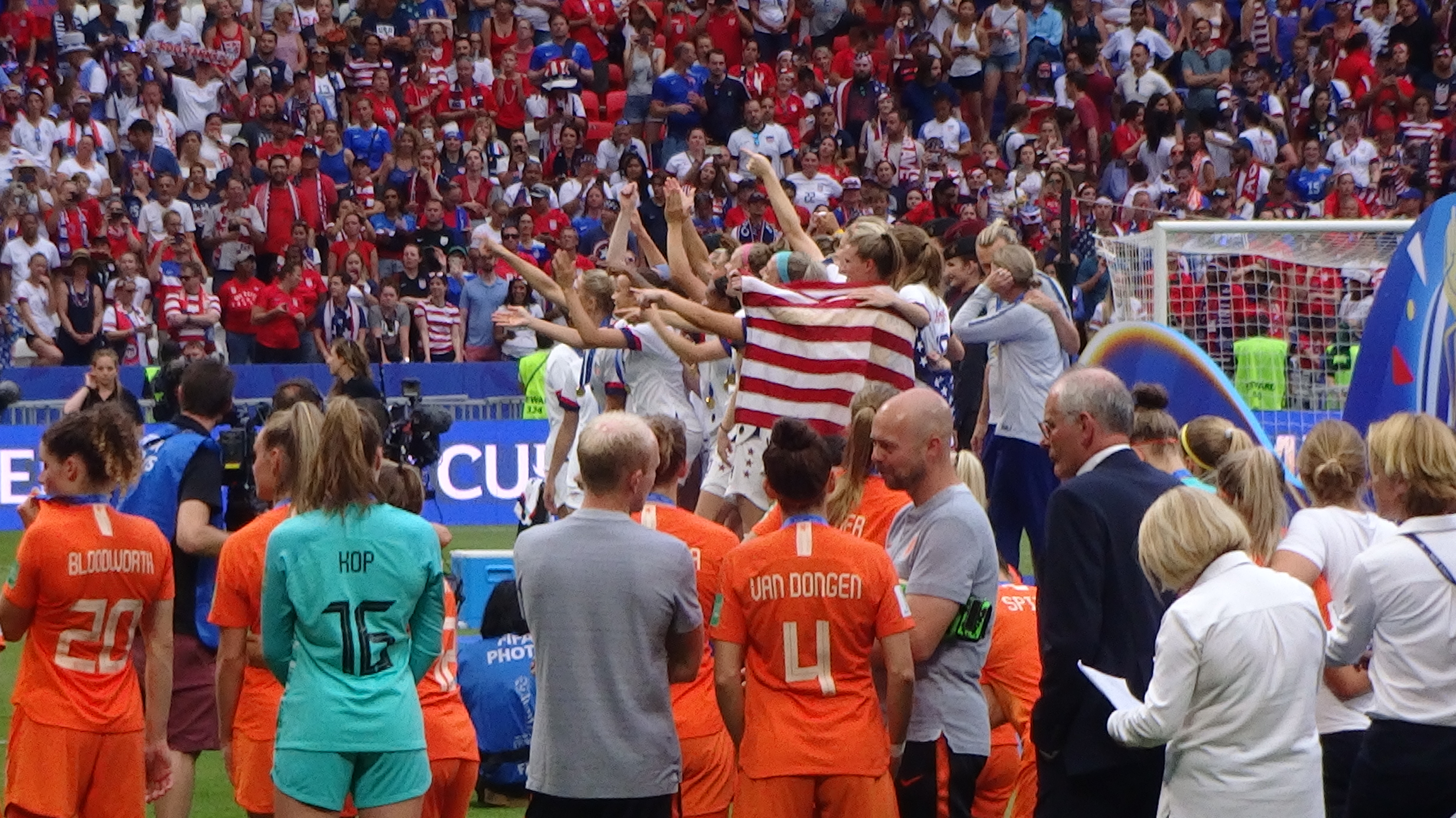 This has gotten me thinking about athletes and the fact that they are, essentially, entrepreneurs who face the same challenges the rest of us face, and have a lot in common with independent spirited businesswomen and men on many fronts.

After 30 years in the tax business, I can’t help but see the things that our women’s team needs to keep in mind from a tax perspective as they make a run for the cup. Consider the following scenarios:

Today, the U.S. women’s team is set to go up against France and hopefully win; and those wins bring bonuses. That brings up the question of international taxation. What income is taxable only in the United States, and what is taxed to other countries as well? Plus, throughout the year, the women’s team plays in different states across the United States.

For example, the U.S. Women’s National Team (USWNT) did a tour of the States after it won the World Cup in 2015. Accordingly, each of the players had to file a tax return for the money she was paid in each state. So if a team member played in North Carolina, California, Washington and Alabama, and lived in Ohio, she would pay taxes in North Carolina, California and Alabama — since Washington is a no-tax state.

She would also include the income from all four states on her Ohio return and claim a tax credit for the taxes paid to North Carolina, California and Alabama. But that’s not all she’d have to remember if she earned income in different states or countries:

“My agent is expensive!”

Like you, soccer players have business expenses. They have agents, and like you, home offices, technology expenses and travel costs. Under the new tax law, there have been a lot of changes to tax deductions. Specifically, there are no longer miscellaneous itemized deductions, which used to allow a lot of tax benefits.

Previously, most professional athletes who were employees, like the players on the USWNT, received large deductions for agent’s fees, union dues, club fees, temporary housing and training expenses, to name just a few. Here are a few more deductions that were lost from 2017’s tax reform:

Before 2018, athletes could deduct all state and local taxes (SALT), including withholding, estimates and extension payments, along with real estate and personal property taxes, as an itemized deduction. For big income earners or even large property owners, that was a huge deduction.

Today, those SALT deductions are capped at $10,000. Players who live in states with a high tax rate, like California or New York, or have expensive homes, or more than one residence, will be the most affected. For example, Alex Morgan, who is in the running for the Golden Foot award in the World Cup, has a net worth of $3 million and is married to another successful soccer player, Servando Carrasco. The world-famous couple lives in Southern California and will definitely feel the pain come tax time. Here are some other game plays for SALT: